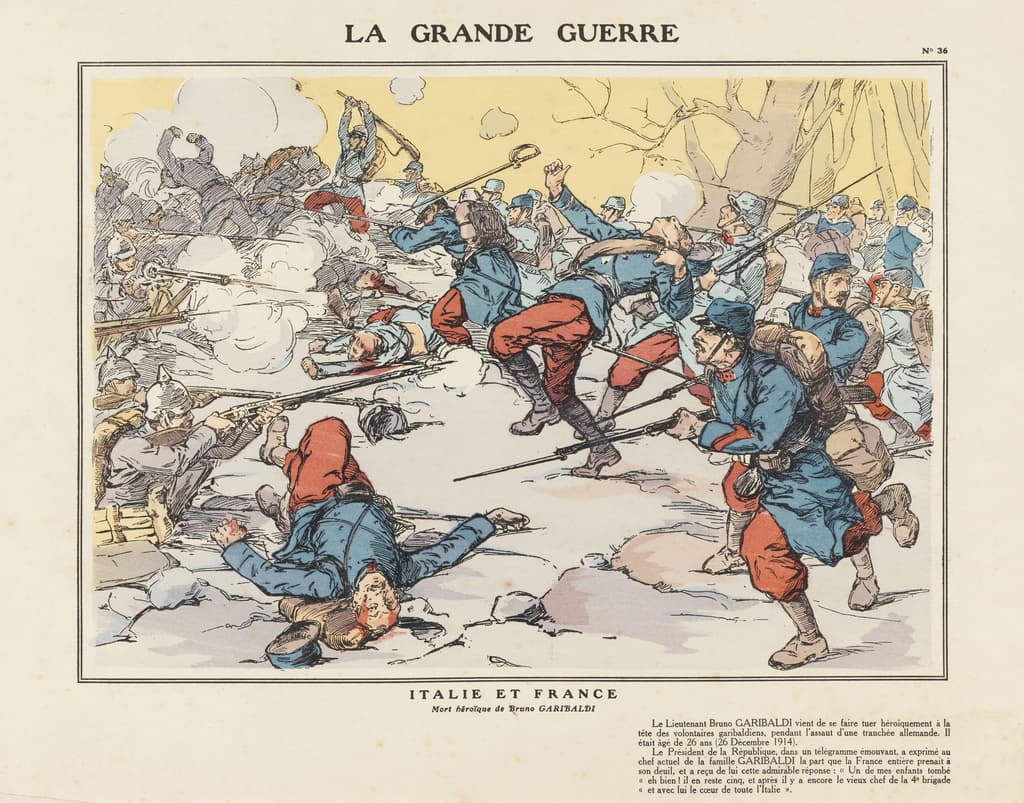 The print gives an account of the death of Bruno Garibaldi, one of five grandsons of the founder of modern Italy. He and his brothers formed the Garibaldi Legion and at the outbreak of war offered their services to Britain and then, when it declined, to France. France accepted on the condition that they join the French Foreign Legion. The men were sent to the Argonne (see no. 35 ) and Bruno was killed on 26 December 1914 during an assault on a trench at the Ravine de Medrissons. Bruno’s body was taken back to Rome, and arrived just after news of the death of his brother Constantino reached the city.

Despite its ties to Germany and Austria-Hungary, at the outbreak of war in 1914 Italy declared itself neutral. On 26 April 1915 Italy signed the Treaty of London with Britain, France and Russia and agreed to enter the war on their side, on the promise of highly desirous territory in Austria-Hungary. Italy’s declaration of war followed on 23 May 1915.

Italy and France. The Heroic death of Bruno Garibaldi
Lieutenant Bruno Garibaldi went to his death at the head of the [Garibalian Legion] during an assault on a German trench. He was 26 years old. In a moving telegram to the head of the Garibaldi family, the President of the Republic expressed that the whole of France was in mourning, and received from him this wonderful reply: ‘One of my children fell for the good! Five remain, and after that there is still the old chief of the 4th Brigade and with him the heart of all of Italy’.